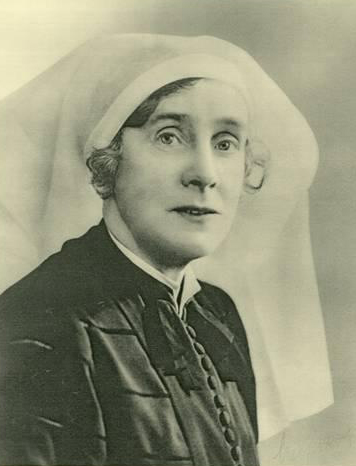 Margarette Owen was born on 20’h November 1881 of Welsh parentage at Hay, Bracon. She was a trained nurse and served as one during the World War I. Later on, she married a Manchester Rotarian and became Mrs. Oliver Golding. A great philanthropist, she looked after the Manchester’s Girls’ Orphanage for many years and also headed the Girl Guide movement as its Commissioner. The first Inner Wheel Club was formed at Manchester England in 1924 by Mrs. Golding on the 10th of January. She directly and personally formed numerous clubs and several districts by persuading members to look beyond their local concerns to widen their horizons. All the attributes of her varied life were brought by Mrs. Golding to the service of Inner Wheel. Hers was a vital personality combined with clear mind and the ability to convey ideas to others. She was an excellent speaker with a lively sense of humour. Nature had endowed her with the gift of inspiring friendship and sincere dedication. No doubt she was the right leader at the right time. Her passing on May 2nd, 1939, was a grievous and untimely end of a noble hearted soul to whom the entire fraternity of Inner Wheel is indebted forever.