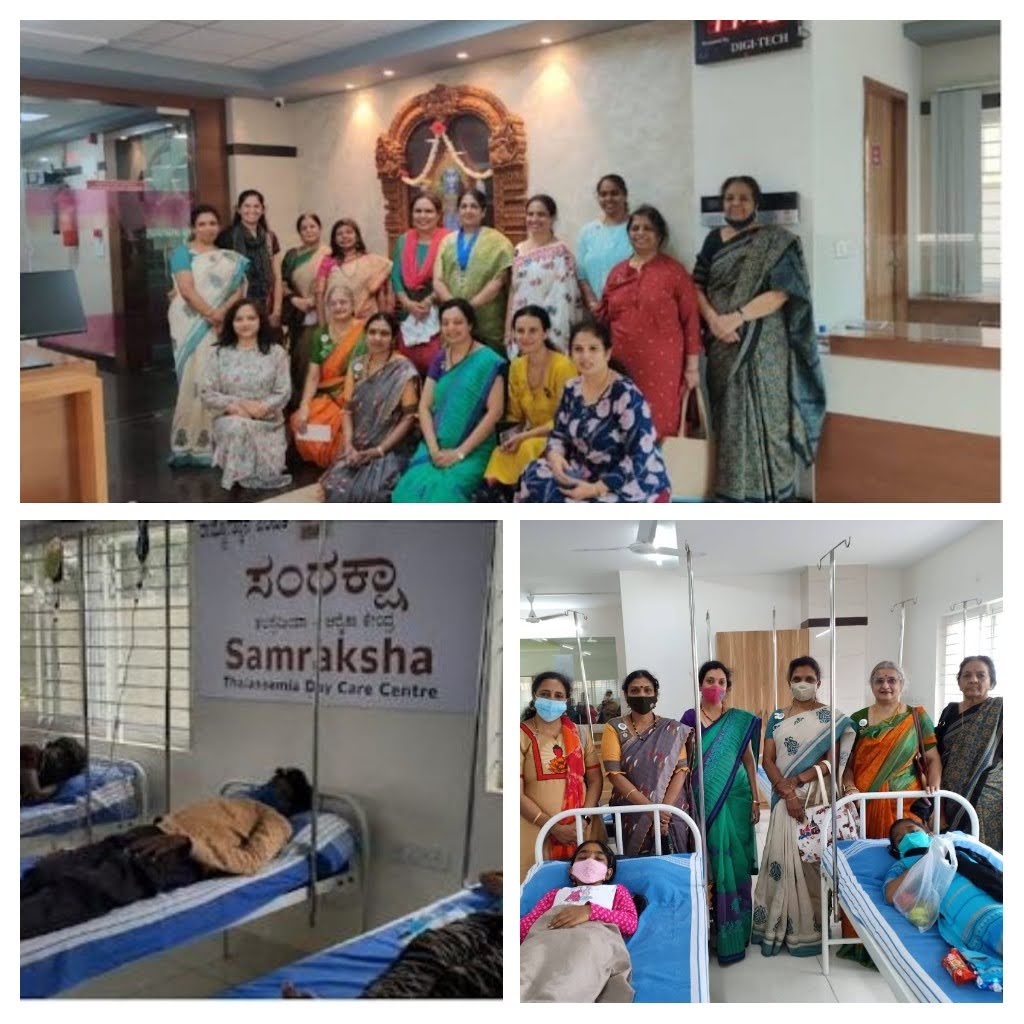 Thalassemia is an inherited blood disorder characterized by less oxygen-carrying protein (hemoglobin) and fewer red blood cells in the body than normal. Mild forms may not need treatment. Severe forms may require blood transfusions or a donor stem-cell transplant.

The “Thalassemia” project at Rashtrotthana Blood bank and Day care center is the brain child of Inner Wheel Club of Bangalore West. As always, this year too this joint project was carried out with the presence of District Chairman Veena Niranjan and Presidents from 8 other clubs. While Inner Wheel Club of Bangalore West was the lead club, 17 other clubs too contributed to this.

After a brief interaction with the co-presidents and DC at the venue we were shown around the venue by the courteous staff of the Rashtrotthana Blood Bank. Children of ages 5 to 18 were there to receive blood. We shared some pleasantries with the children. The head of the center introduced us to the educational and other services given by Rashtrotthana Parishath. Collectively we handed over the cheque for the project.

President Anju Dhingra of IWC Patliputra Dist. 325, who wished to be there, but couldn’t for medical reasons, had sent in her contribution to the project. We missed her presence.