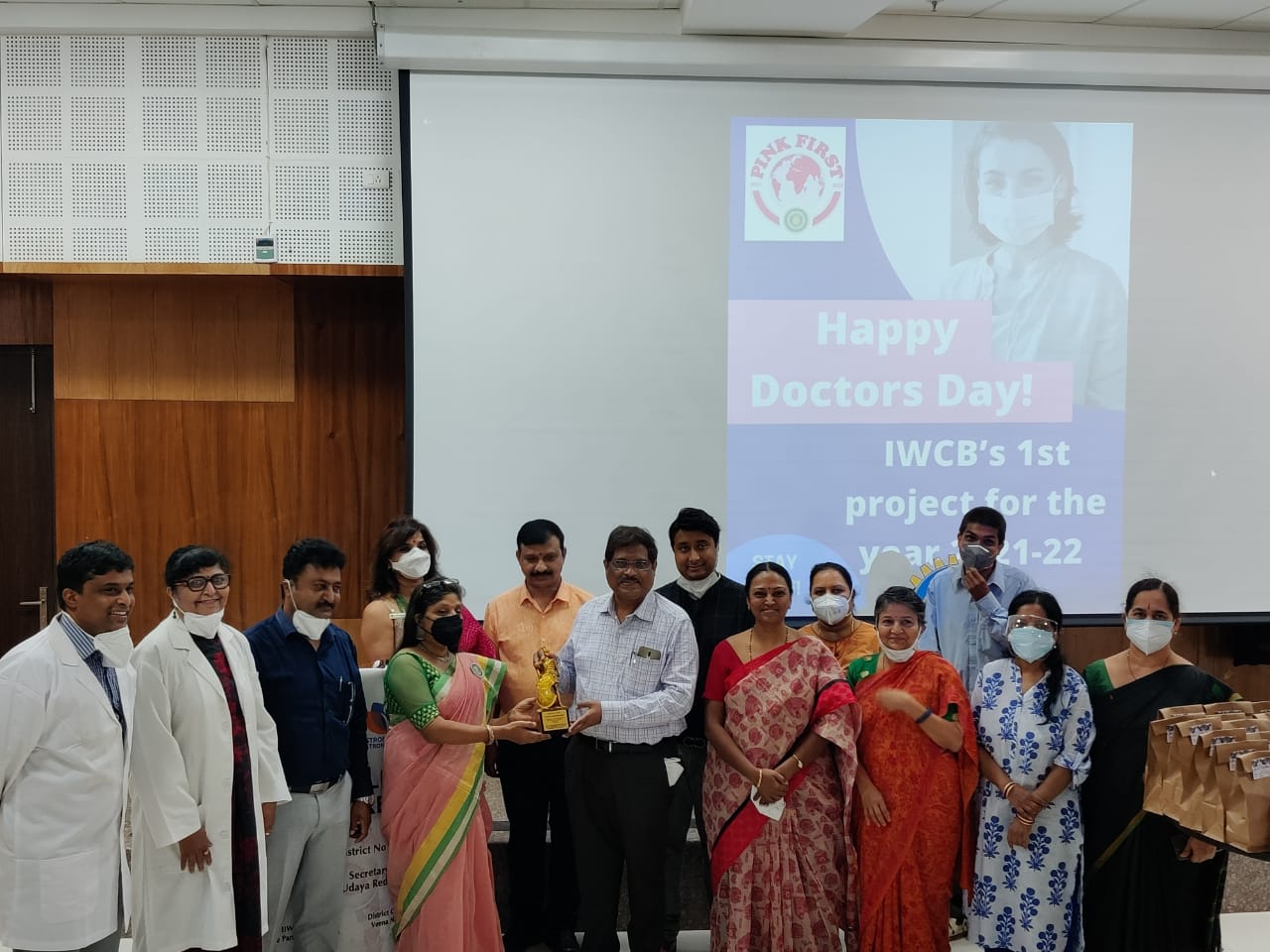 Health care —July 1st was the Doctor’s day gratitude program in the huge auditorium at the medical research centre attached to Bowring hospital.
189 front line young doctors, the HODs were felicitated. The principal had also come and addressed the doctors. The emotional moment was that 755 doctors succumbed to the tragic second wave. The club saluted the Covid warriors and gave them their happy hampers.
Felicitation followed ,the popular NA Harris gracing the show and the Rotary President as chief guest and doctors were given plaques. President Virina Subbaiah and her team along with District Chairman Veena Niranjan conducted this project for the whole day. The project received media coverage on newspapers Kannada as well as English Deccan Herald online