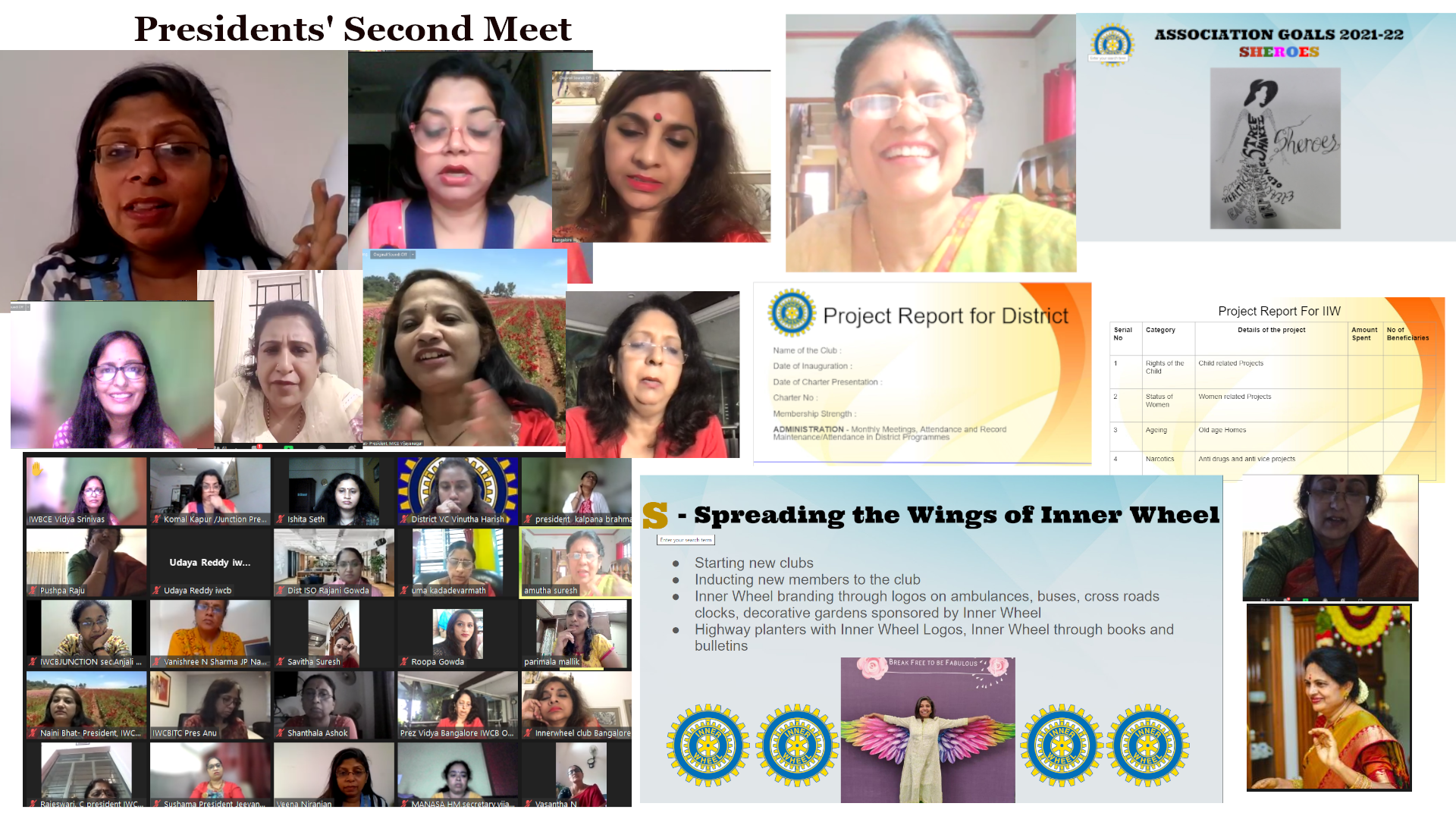 President’s 2nd Meet was held on 13th Nov 2021 jointly by Inner Wheel Club of Bangalore Junction, Inner Wheel Club of Bangalore Vijayanagar and Inner Wheel Club of Bangalore South Parade. The programme started with meeting called to order by President Komal Kapur Inner Wheel club of Bangalore Junction, followed by a Veena rendition by President Pushpa Inner Wheel club of Bangalore South Parade, Welcome address by President Naini Bhat. The proceedings were handed over to the chairman and the Pulse Polio workshop took place under the Pulse Polio Chairman . He discussed from the history of Pulse Polio and the agreement between Rotary International to give polio vaccine and facilitate it. Service to mankind is a service to God how Dr. Jones Edward Balk and Dr.Albert Bruce Sabin patented the IPV and the OPV respectively and gave it to the world free. This was followed by a question answer session and the Vote of Thanks was delivered by District Vice Chairman Vinutha Harish.
The meeting was again called to order in the second half and the proceedings were handed over to the District Chairman Veena Niranjan. Extension Service Organiser Past District Chairman Amutha Suresh then took the task of explaining the Association Goals SHEROES and how to send project reports to International Inner Wheel and the District by elaborate power point presentation explaining each and every area .The format was clarified by a question and anser session. The project to be reported under which label was also addressed.District Vice Chairman Vinutha Harish delivered her vote of thanks and there by adjouned by one of the president of the host clubs.