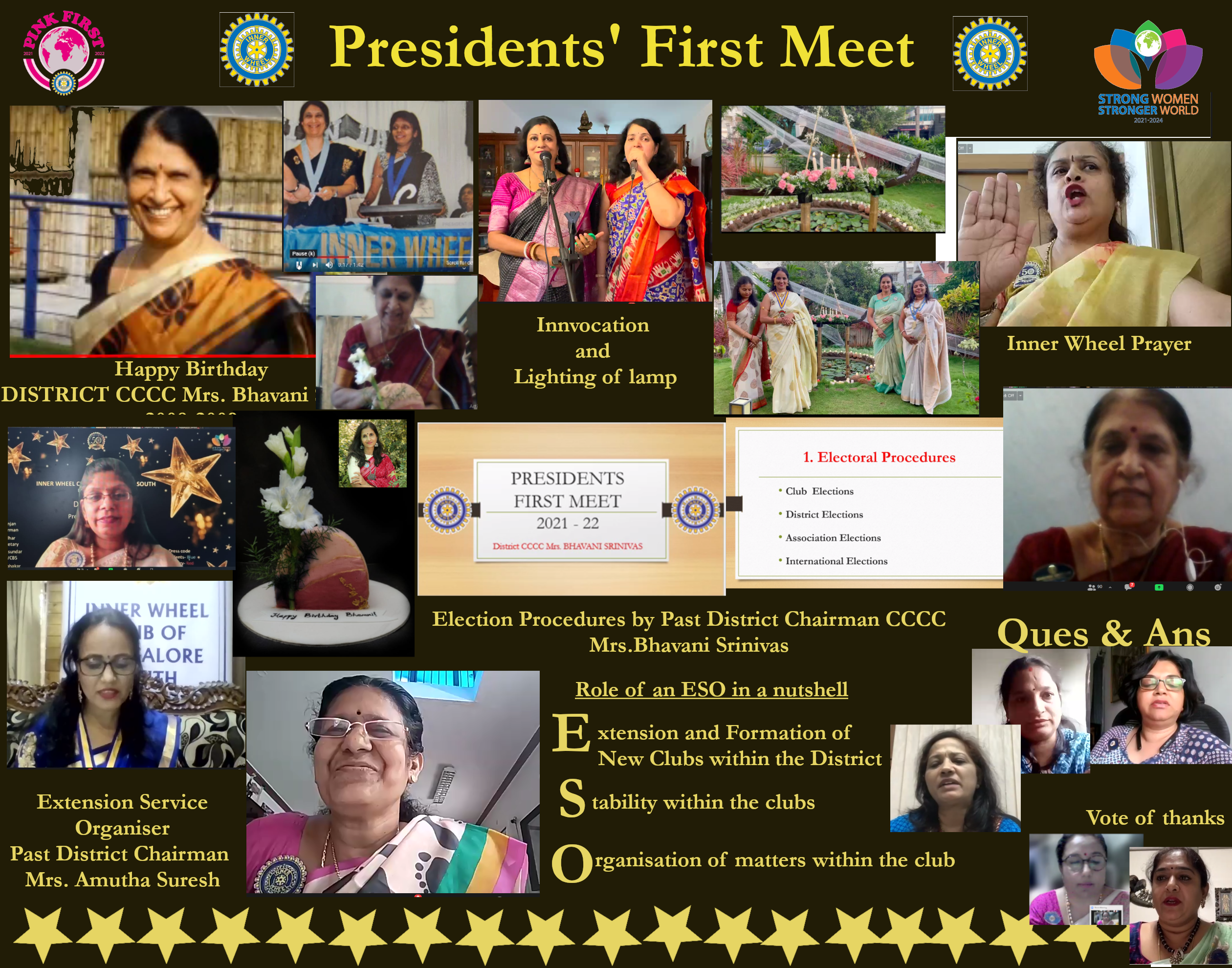 Presidents’ First Meet was held on an online platform on 28th August 2021. It was hosted by Inner Wheel Club of Bangalore South West. A wonderful invocation took place by Past Presidents of the host club. The meeting was called to order by host Club President Mrs Neelima Shyam Sundar. The proceedings were handed over to the District Chairman Mrs. Veena Niranjan. In her opening remarks explained the purpose of meet and told the members to take part actively and clarify all the doubts which would in turn help in the smooth running of the club administrations. The day called for a celebration as it was the birthday of Constitutional and Credential Chairman Past District Chairman Mrs. Bhavani Srinivas.
Constitutional and Credential Chairman Constitutional and Credential Chairman Mrs. Bhavani Srinivas took a session of –
• Electoral procedures at Club, District and International Level in Inner Wheel explaining the balloting .She further explained who are the voting delegates and their roles and responsibilities during the elections.
• Matters arising – is when u read the minutes any matters arsing it is there…for some reason a minuted project is not done it comes under matter arising
• Any other Matter – New Project or any member wants to say something it is the last piece in the agenda
• Special meeting — Particular agenda one pointed

There was an active question and answer session where all the doubts were cleared.
An announcement of an Inner Wheel Online Quiz was done by Extension Service Organiser Mrs. Amutha Suresh where Presidents were requested to tell the members to read the bye law book pages 61 to 94 and prepare for it.